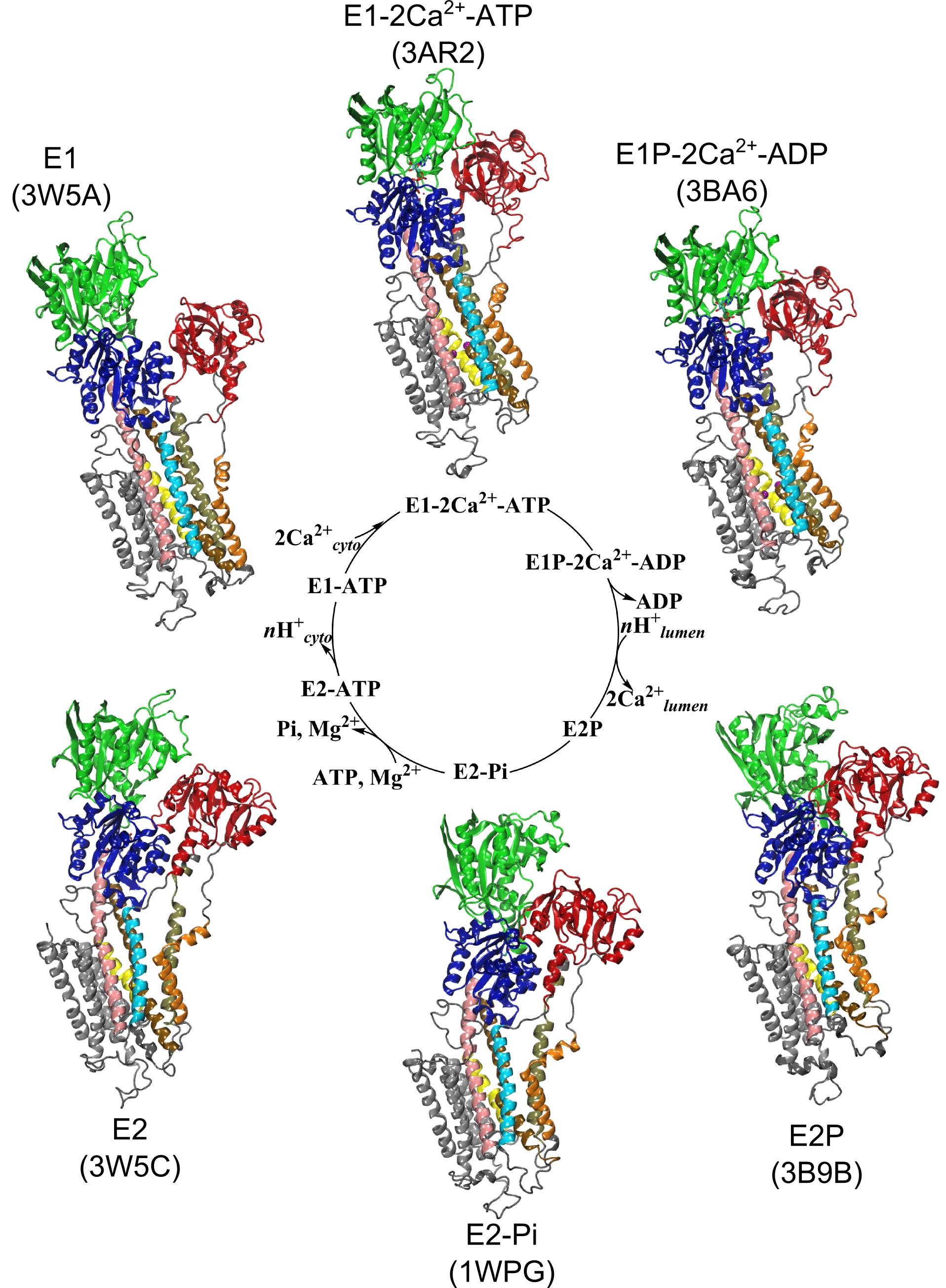 Computational methods can be used to help supplement the missing information by providing atomic models for the transient intermediates along the transport cycle. Our goal with the present effort was to elucidate the details of the alternating access mechanism in SERCA by simulating the large-scale conformational transitions between the experimentally resolved stable sates. We calculated the pathway for three key steps:

The computational pathways provide a clear chronology of the key events underlying the active transport of calcium ions by SERCA. The main conclusions regarding three critical steps of the transport cycle E1→E1-2Ca-ATP→E2P→E2-Pi are:

This work was supported by the Membrane Protein Structural Dynamics Consortium funded by NIH/NIGMS through grant U54-GM087519. An award of computer time was provided by the Innovative and Novel Computational Impact on Theory and Experiment (INCITE) program from the Department of Energy (DOE) of the United States of America. This research used resources of the Argonne Leadership Computing Facility (ALCF), which is a DOE Office of Science User Facility supported under Contract DE-AC02-06CH11357. Additional computational resources were provided by the Great Lake Consortium for Petascale Computing and the XSEDE program of the National Science Foundation of the United States of America.